What is cyberbullying? Cyberbullying is basically the spreading of negative, harmful, false or even mean content about a person just to bring him or her down. It’s happening more often today as people begin to understand that it’s easier to bully a person online while hiding behind a computer screen. Back in school, bullying would often occur somewhere hidden, the big bad kids would drag you out somewhere hidden and throw in a few punches or maybe lock you in the locker at the boys’ shower room or would even plunge your head in the toilet bowl. Online, bullying can take place out in the open. It is often seen with fake, anonymous accounts, of course. You can usually see them on social media platforms like Facebook, Twitter or Instagram. Some would take it further by directly attacking the victim via messaging applications like Facebook’s Messenger or WhatsApp. Even gaming chat rooms and communities aren’t safe from cyberbullying as you will face toxic players now and then.

Most common types of cyberbullying

There are a number of ways cyberbullies can attack their victims and they just keep on getting more creative every year, but here are some of the most common methods:

This one is quite straightforward. The bully, who would often bring along a few others to gang up on the victim, would start spreading hurtful comments or fake stories about the victim to tarnish his or her image. Other times, the bully and the gang would spam the victim’s notification with very negative comments.

This could be one of the most harmful forms of cyberattacks. In this method, cyberbullies would impersonate the victim by creating a fake account and start posting nonsense online to paint the victim as a bad person. They would first add the victim’s friends and relatives as friends first and begin posting hurtful or negative comments. Thankfully most social media platforms today already have a feature to report an impersonator and delete the account before it does any more harm.

Whether the victim sent that photo to their former intimate partner or whether it was secretly taken by a peeping Tom while they were in the bathroom nude photographs are another ammunition for cyberbullies. In some cases, the bully would even carefully Photoshop a fake nude photo of the victim and would post it online. Oftentimes, this would then lead to “slut-shaming” and can severely affect the victim’s mental health.

Why it is harmful

Most assume physical bullying and cyberbullying are similar and could be handled the same way. Here’s why this is not exactly true and could, in fact, be more harmful:

Being bullied at school is already rough, but you get to escape during classes or after school. An attack online might be more difficult to run away from as they can persistently attack you regardless of the time. Should the cyberbully spread enough falsified claims about you online, they might drag in other cyberbullies from all across the world which could spam your notifications with non-stop verbal abuses.

Should you attack people online by means of sharing inappropriate photos or videos of them, that attack stays online. Even if the original cyberbully knocked some sense in themselves and wanted to take the harmful content down, other cyberbullies most probably have already downloaded the content to share it amongst their circle of bullies. Even if the social media platform itself deletes all remaining traces of the lewd content, there’s a good chance it will be uploaded again, whether it is on the same platform or other social media platforms.

Since these attacks are taking place online and out of the physical reach of teachers or parents, it makes it so much more difficult to find out that the victim is under attack. Most of the time, victims won’t simply tell people about these attacks as they would be embarrassed about it themselves, or they fear the bad outcomes or stigma of coming out about the attacks.

It could lead to mental illness and suicides

Bullying in general gives a lot of negative impulses to victims. Some would even fall into a depression where there’s a high risk of them taking their own lives. This alone is a big enough point to stop cyberbullying.

Nothing that the victims did or are currently doing justifies hate speech or personal attacks being directed to them. So the next time you have an impulse to send a negative comment to someone online, just remember, your comment might be the last words that push someone off the edge. 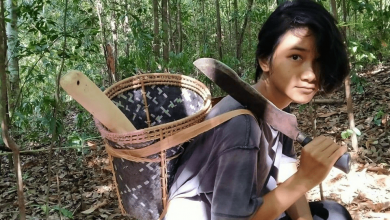 Sabahan girl climbed up a tree just to get better internet reception in order to sit for her exams. 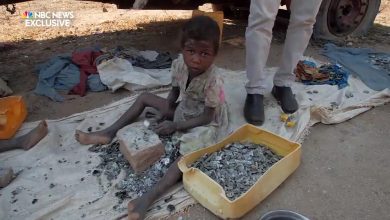 Job-shaming other people is not cool… 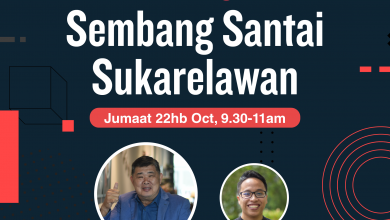